"WHERE ARE OUR TEACHERS?" Unpacking the teacher shortage in the Eastern Cape - Video by Rhodes Journalism Students

"Where are our teachers?" A video by Jillian Penaluna and Katja Schreiber.
Our coordinator Nomalanga Mkhize is featured in the video highlighting the more complex
aspects of the teacher distribution model.
You can click here for a direct link to Youtube http://www.youtube.com/watch?v=7OvMRPLKq0E&feature=youtu.be
Posted by Save Our Schools and Community at 14:25 1 comment: 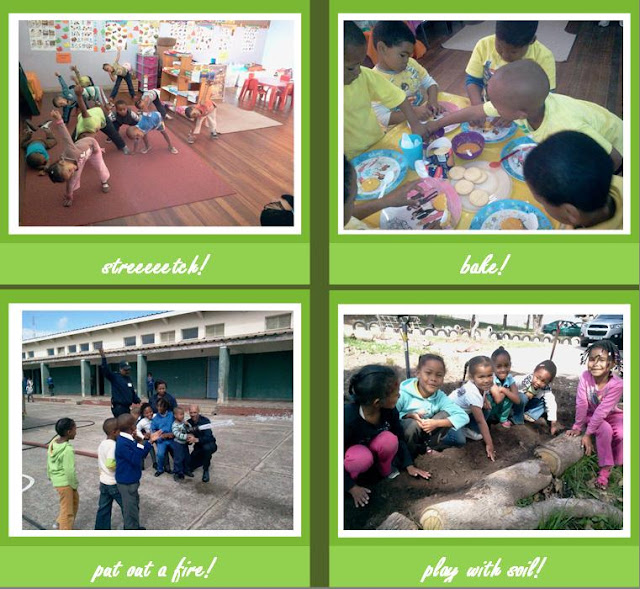 Email ThisBlogThis!Share to TwitterShare to FacebookShare to Pinterest
Labels: biblioteek, biblioteke, Korsten, lees, Save Our Schools and Community, Schauderville

Save Our Schools and Community was invited to present at Think!Fest 2012 during the annual National Arts Festival held in the city of Grahamstown.

We put forward some of our original community-informed insights on the culture of education and status of teaching in South Africa.

The series comprises stories by locals who reflect on the history of the city. “Is it not better to have people who live here to talk about the history from a personal perspective?” asked Think!Fest organiser Professor Anthea Garman. “However, we also need to take cognisance of the fact that we live with problems of the past,” she said.

Nomalanga Mkhize, renowned for her unfailing support of education as an agent of social change, kicked off the series yesterday. In 2008, she started ‘Save our Schools and Community’, an organisation that aims to tackle the inequalities of Grahamstown’s education system. “To me it’s not activism. I need my children to grow up in a healthy space they deserve,” she said.

In her talk Where the Ghost of Biko Does Not Haunt, Mkhize focussed on the fact that there has been a dramatic decline in the quality of education in the townships, partly because in her opinion there is no longer consensus about the importance of education within black society.

Mkhize argued there is a need to shift the discourse around education and ask different questions. “Class is one dimension of education that is missing in education analysis,” she said. She argued that the quality of teaching in Grahamstown has declined as many teachers opted for jobs in the civil service in order to improve their socio-economic status. “Teaching is not lucrative anymore and teacher unionisation these days is more about the class advancement of teachers,” she said.

-Abongile Sipondo-
Posted by Sunshine at 12:02 No comments:

In March of 2011, the National Department of Basic Education put the Eastern Cape education department under administration by invoking section 100 (1)(b) of the South African constitution. Almost from the outset, there was a lot of internal conflict caused by disagreements on how the respective roles of the national and provincial administrative teams were to be delineated. National Minister of Basic Education Angie Motshekga and provincial head of department Advocate Modidima Mannya seemed to constantly be at loggerheads. The impasse was eventually resolved when Adv. Mannya opted to resign in April of 2012.

There has been much debate and discussion on how the sec 100 intervention could have been better implemented. We, as SOSAC, even went to court in an attempt to get the leadership to clarify for us as citizens who was in charge of what [See article in Mail & Guardian: NGOs go to court to enforce intervention in Eastern Cape]

However, it appears the public discussion never really interrogated whether or not this sec. 100 intervention was necessarily the most appropriate course of action in turning around Eastern Cape education.

I had my doubts about the intervention's potential efficacy.

The main reason is quite simply that education reform in the Eastern Cape requires resolute political will from the President, to the Minister, Premier and MEC. Short of an unbending will of our leadership to take tough and politically unpopular decisions, there is very little that can be done to overhaul the dysfunctions within the administration.

From where I stood, it seemed that sec 100 was all bark and no bite; perhaps a decision taken under pressure. Unfortunately, once the decision was taken, it was viewed as open for contestation, the Minister stood back when conflict arose, complaining that she was being blocked. Analysts argued that there was no regulatory framework to guide sec 100; provincial politicians argued that it did not, in any case,  accord the national department full powers to take over.

But the problem, in my view, does not lie with an "ineffective" sec 100. It lies with weak political leadership which has struggled to take decisive action on the many dysfunctions besetting the system already.

A more credible intervention would have simply focused on strengthening risk management, more consistent financial controls with the support of functional internal audit and fraud combating systems in the department. That on its own would have demonstrated a firm commitment to deal with one of the biggest problems draining the system - corruption. This doesn't require a sec 100 intervention, it requires a tough head of department backed by the Minister and the President, most especially in a department that has seen a new head almost every 18 months over the past 15 years.

In other words, it makes no difference how 'weighty' the constitutional injunction is, if it is wielded by an already politically weak leadership. 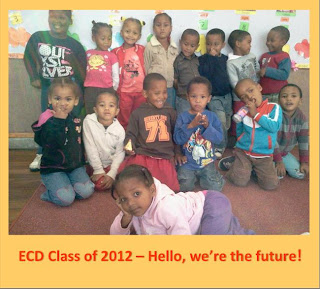 The SOSAC ECD initiative is a partnership with Adolph Schauder Primary School in Schauderville. It caters for 25 children. The project is funded by fees and non-profit donors. The creche provides low-fee, high quality education for children living in communities going through social and economic stresses. We welcome partners and sponsors to support the long-term vision of this ECD initiative.

Contact sosac2008@gmail.com for more information.
Posted by Sunshine at 23:19 5 comments:

Standing in the Gap - [January 2012 - Open Letter to Education Leaders]

In 2012 Eastern Cape started off on a very shaky footing when a three week go slow ground teaching to a halt in many of our embattled schools. Together with fellow citizens, SOSAC published an open letter to voice concerns on the matter. This letter appeared as a sponsored advertorial in the The Herald and Daily Dispatch newspapers in the Eastern Cape on Friday 17 February. A slightly different version of this letter was sent to the offices of Minister A. Motshekga, Premier N. Kiviet, MEC M. Makhuphula and Superintendent-General Adv. M. Mannya during the four week go-slow of January 2012. Click here for a link to the scanned image of the letter as it appeared in the press: http://imfundo.files.wordpress.com/2012/02/letter.jpg
Posted by Sunshine at 22:48 No comments:

Mini-Summit on Eastern Cape Education On 25 August 2012, a group of citizens, NGOs and organisations gathered in Grahamstown at Rhodes University to discuss the role of parents, communities and school governing bodies in education. The summit was the collective effort of SOSAC, Public Participation in Education Network, Centre for the Advancement of Non-Racialism, Allan Gray Centre for Leadership Ethic and Rhodes University Community Engagement office . SOSAC played a coordinating and organising role. Guest speakers at the event were the Chair of the Parliamentary Portfolio Committee on Education Hope Malgas, Prof Mary Metcalfe, Prof Somadoda Fikeni. The summit formed a working group to take issues of common interest forward. Click here for a link to a video of Prof Somadoda Fikeni talking on the culture of education and African languages.
Posted by Sunshine at 22:37 No comments:

No easy solution to union’s role - [SOSAC in the News]

Our coordinator Nomalanga recently spoke at a panel at the Education Conversations at the University of Johannesburg. The event was hosted by Kagiso Trust, University of Johannesburg and City Press. Nomalanga shared the platform with Mugwena Maluleke of SADTU and Themba Kojana from the Department of Basic Education. The topic was Topic: "How have unions responded to the shifts in the teaching profession?: Evaluating the role and contributions of teacher unions" This is how City Press covered the event:


Community activist Nomalanga Mkhize, the coordinator of the Save Our Schools initiative in Grahamstown, said there was a disconnect between unions and government that crippled decision-making at schools. While unity is declared at the top levels of union and education structures, local-level and district-level education is driven by divided loyalties and a poor understanding of processes and procedures. Mkhize has observed elements of distrust and resentment among teachers towards communities and parents who want to be involved in their children’s schools. She suggested that this mindset was rooted in the power of union officials at the local and micro levels

. Follow the Link: No easy solution to union’s role
Posted by Sunshine at 21:56 No comments:

Email ThisBlogThis!Share to TwitterShare to FacebookShare to Pinterest
Labels: department of basic education, SADTU, Save Our Schools and Community, SOSAC, unions, University of Johannesburg

How Do We Change A Community?

How do we change a community?

By putting the needs of its children at the heart of our action!

We are Save Our Schools and Community (SOSAC), a grassroots
education activism, advocacy and community education support
collective located in the cities of Grahamstown and Port Elizabeth, Eastern Cape, South Africa.

This blog is for keeping fellow citizens - local and  global - updated
on what we are doing as well as any of our writings.

Our website is still under construction, but keep in touch via
our blog for now.

Peace!
SOSAC team.
Posted by Save Our Schools and Community at 21:13 No comments: