The Role of Unions in Education Transformation 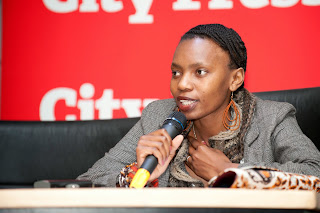 She engaged with department officials and the South African Democratic Teachers Union on the role of unions in education .

Excerpt:
Feisty community activist, Nomalanga Mkhize, coordinator of the Save our Schools and Community initiative in Grahamstown, Eastern Cape, said that there is a disconnect between unions and government which is crippling decision-making at schools. While unity is declared at the top levels of union and education structures, local and district level education is riven by divided loyalties and a poor understanding of correct processes and procedures.

Thu, 6 Sep, 2012
Jabulani Mkhize
“We as black people have decided that education is the privilege of those who can buy it; we have chosen to preserve an education system that kept black people oppressed,” said local education activist Nomalanga Mkhize.
She believes that education in South Africa is monopolised by the wealthy minority while the majority, mostly black people, are still being given an inferior education.
Talking at a recent lecture organised by the Rhodes University ANCYL branch in conjunction with the Sarah Baartman municipality (formerly Cacadu), Mkhize also insisted that free education does not imply revolutionary education and called for the removal of the tenders from the education system to improve it.
“The reason why we are in this crisis is because there are people who make money from it,” she said.